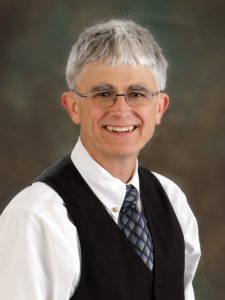 Philip Hurley, M.D., is a self-proclaimed life-long learner. “A mentor once told me, ‘If you reach the point where you think you’ve learned it all, then it’s time to retire,’” he said.

Dr. Hurley is a board certified orthopaedic surgeon who started his practice with Orthopaedics & Sports Medicine Owensboro, PSC in 1990.

Already a leader in his practice and in his community, Dr. Hurley saw these programs as an opportunity to learn how to become a better leader and communicator in both areas.

His leadership roles and community involvement are extensive.

He is a Second District Alternate Trustee on the KMA Board of Trustees and serves as Co-Chair of the Physical Education and Medical Aspect of Sports Committee.

He is also on the board of the Daviess County Medical Society, has served as chairman of various committees in hospitals over the years and is on the National Federation of High School Sports Medicine Advisory Committee. He has been a Cub Scout troop leader and is the sports team physician for Owensboro High School. “I also have a full-time practice,” he said with a laugh.

“If you’re not going to volunteer and try to make things better, then when things are not going well, then you really shouldn’t complain,” Dr. Hurley said. He said a lot of people are reluctant to get involved because they’re afraid they may wind up being stuck running something. “If you tell me your participation doesn’t matter, you’re wrong,” he said. “I friend of mine has a saying, ‘If you think you’re too small to make a difference, you’ve never spent the night with a mosquito in your bedroom.’”

“Most physicians are blessed with the ability to solve problems,” he said. “That’s what we’re doing every day with our patients. That should give us enough experience to get involved.”

He credits the KPLI program with expanding his network and helping him get to know the KMA staff. “We met people from government and healthcare businesses related to the delivery of medicine,” he said. “That fact alone made (KPLI) worthwhile.” Now when he faces a problem, he says he knows who to contact.

“It’s affected lots of areas in my career,” he said. “I used a lot of the ideas we were exposed to in simply managing my day-to-day practice and in my interactions with hospital administrators.”

When in comes to physician burnout, Dr. Hurley is no exception. “I think a lot of us don’t recognize it when we have it,” he said. The 2010 earthquake in Haiti was his wakeup call. “It afforded me to opportunity to focus only on patient care and to not have to deal with all of the rest of the mind-numbing aspects of modern health care delivery,” he said. 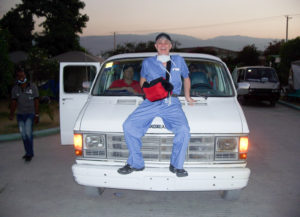 He arrived in Haiti ready to assist a week after the earthquake. “By then, there were a lot of wounds you could have done wound salvage in the U.S., but we were in a hospital that was running off of a generator with exhausted supplies,” he said. “The first two trips I made, amputations were the most common operation.”

His first trip was a life changing experience. “It was something I wished I would have experienced much earlier in life—just the opportunities never presented themselves,” he said. “It’s a classic example of it’s more blessed to give than receive.”
He has since made 20 medical mission trips to Haiti over the past 19 years. Now, his work involves mostly primary and secondary fracture care. He also helps train residents who are responsible for follow-up care.

Dr. Hurley travels to Haiti with the St. Luke Foundation, a nonprofit organization that provides healthcare, education, and humanitarian outreach to the least served populations.

He said they’re in need of donations, supplies and volunteers. “Any medical professional in any specialty can go, not just physicians,” he said. “Physical therapists, nurses, occupational therapists, nurse practitioners, surgery techs, and people who deal with artificial limbs are especially needed.”

“In the U.S., everyone who works for St. Luke is a volunteer,” he said. “Ninety-eight percent of your donation will go to Haiti to pay for the Haitian providers and hospital staff, supplies used in the hospitals and the operating rooms.”

To learn how you can be involved, visit http://www.stlukehaiti.org/

In his spare time, Dr. Hurley owns land that he likes to use for camping, hunting, fishing and cookouts. “I do a lot of the maintenance work, which I really enjoy, because it’s relatively stress-free compared to the practice of medicine,” he said.